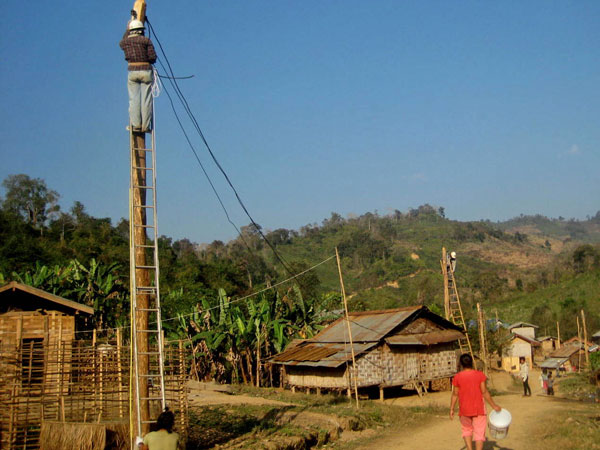 Parliament has approved a loan of USD 171.3 million from the Asian Development Bank to fund rural electrification. The money will go towards new power generation, transmission, and distribution infrastructure meant to provide electricity to over 400,000 households in Kayin, Bago, Ayeyarwaddy and Magwe. These efforts fall under the government’s upcoming Accelerated Rural Electrification Project, which aims to supply power to the most remote communities.

Power has been one of the largest development challenges of democratic Myanmar. Although access to electricity has increased in the past several years, still only around half of Myanmar households are connected to the national grid. In 2015, the newly-elected NLD administration set out to connect 100% of Myanmar households by 2030, a massive endeavor forecasted to cost around USD 30 billion. The government has relied on international development organizations to fund the effort. With those funds—and also investment from myriad foreign partners, including many from China and Hong Kong—the government has rapidly built new power plants, long-distance transmission lines, and local distribution infrastructure, especially in Yangon.

Nevertheless, as the government works towards its 2030 power goal, it has also worked to fill its short-term needs. Last year, the government awarded large-scale emergency tenders for LNG plants in an effort to meet the surging demand for electricity, especially in Yangon. Many went to Hong Kong-listed VPower Group.

In the summer of 2019 the government cut back government power subsidies that had cost roughly USD 500 million per year. As a consequence, electricity bills doubled or even tripled for many customers. In its 2018-2019 debt report released last week, the Ministry of Planning, Finance and Industry identified the Ministry of Electricity and Energy as one of the largest beneficiary of foreign loans.