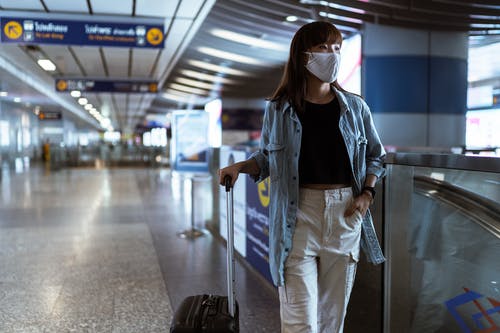 This week, Myanmar National Airlines conducted the first contactless, no-land flight tours — a government-backed attempt to revitalize domestic tourism. The two flights made low passes over Mount Zwegabin (near Hpa-Ann) and Kyaiktiyo (home of Golden Rock) before ending their roughly 30 minute journeys. According to a Myanmar Times report, U Naung Naung Han, chair of the Myanmar Tourism Entrepreneurs Association, hailed the flights as a safe and socially-distanced innovation that could help relieve some of the stress of the pandemic.

But despite their successful maiden voyages, the flight tours show how far the industry’s hopes have fallen. The tours in question cost MMK 60,000 at the lowest and carry a mere 50 travelers at a time. These new safe tourism modes (which will also include river cruises and “agri-tours” of farms and forests) are the second plan to restore the industry. The first attempt (in the months before August, when the new COVID-19 wave began) relied on domestic tourism to carry the industry in the wake of an international flight ban. The plan included promotions and renovations of Myanmar’s most popular destinations and potential tourist exchanges with other Asian nations that had managed to contain the spread of the virus.

But it will take more than planes and boats to rescue what was once one of Myanmar’s fastest-growing industries. Before the pandemic, the sector enjoyed success after success, with record-breaking visitors from China, successful expedited and on-arrival visa programs, new hotels and infrastructure in Dawei, Rakhine and other under-developed areas, and expanded flight schedules from the domestic airlines.

Now, tourism revenue has plunged 80% — USD 2.3 billion — since the start of the pandemic, according to data from the Ministry of Hotels and Tourism released earlier this month. The COVID-19 Economic Relief Plan focuses on small and medium enterprises, which comprise many of the bus and car companies, hotels, souvenir sellers, tour services, restaurants and myriad other businesses that this week’s flight tours left on the ground. But it may not be until the country can finally administer widespread vaccinations, and things return to normal, before people will truly start to travel.