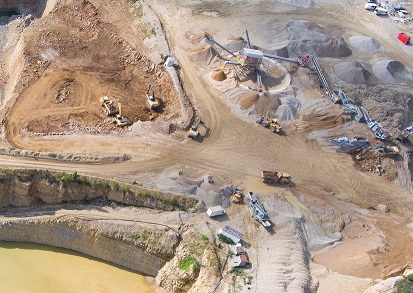 A Chinese owned, Australian based mining firm has received a copper and gold exploration license in Sagaing Region. PanAust, an Australian-based company owned by Guangdong Rising Assets Management Co. Ltd., received the permit covering an area of 185,000 acres in Sagaing’s Wuntho region. “The granting of the Wuntho 3 Exploration Licence is the culmination of a 20-month collaboration between the Company, the Government of the Republic of the Union of Myanmar and local stakeholders in Sagaing Region,” PanAust said in a statement.

Rich in minerals, Sagaing Region is one of Myanmar’s most popular areas for mining projects. Yet these operations are often staunchly opposed by local communities, who accuse the large, often foreign firms of damaging their lands and ecosystems. One notable example is the Chinese-owned Letpadaung copper mine, which for years has been mired with allegations of poisoning local water supplies with industrial waste. Beyond Sagaing Region, local communities in Myanmar have been historically mistrustful of large-scale mineral extraction of any kind, especially from foreign companies with ties to China.

Thus, PanAust is treading lightly. In a press release, the company emphasized a firm commitment to responsible and sustainable practices. “PanAust has made significant improvements to healthcare, education and transportation infrastructure in the areas in which it operates,” said PanAust director Dr. Qun Yang. “In progressing our exploration activities in Myanmar, PanAust will leverage these award-winning sustainability practices to ensure the company’s activities contribute to the nation’s long-term economic growth and prosperity, including through job creation.”