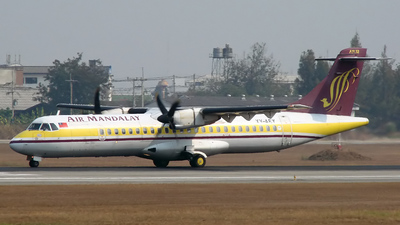 The government may sue two defunct airlines if they fail to pay their debts by May.

Air Mandalay and Asian Wings Airways owe the government a combined MMK 93.72 million, or USD 64,400, deputy minister of Transport and Communications U Kyaw Myo told parliament. He said the ministry has been unsuccessful in its efforts to negotiate a payment plan with the airlines, which ceased operations in 2018. The companies have until May 31 to pay their debts or face prosecution.

Air Mandalay and Asian Wings are two of a batch of airlines that ceased operations in the last few years. FMI Air, Air Bagan and Apex also shuttered in 2018. FMI Air is also in debt to the government, but has been steadily repaying what it owes, according to a report submitted to parliament by the Joint Public Accounts Committee.

The unpaid debts are lingering effects of an industry rough patch that seemed to be lifting last year. Following Myanmar’s transition to democracy, tourism sector investors were overly optimistic, and many airlines, restaurants and hotels closed or operated at a loss. However, tourism has seemed to be on the rise. The government reported record numbers of visitors last year following new visa exemptions and visa on arrival schemes for several countries. Golden Myanmar Airlines expanded its fleet of aircraft, and Myanmar Airways International added new routes specifically to accommodate the rise in Chinese tourists. Foreign airlines, too, expanded their Myanmar routes, including direct flights to and from Kolkata by Indian airline IndiGo.

But the recent outbreak of the COVID-19 coronavirus has crippled Chinese tourism. With routes suspended from parts of China and new travel restrictions for Chinese tourists, Myanmar’s aviation industry has been feeling the pinch.