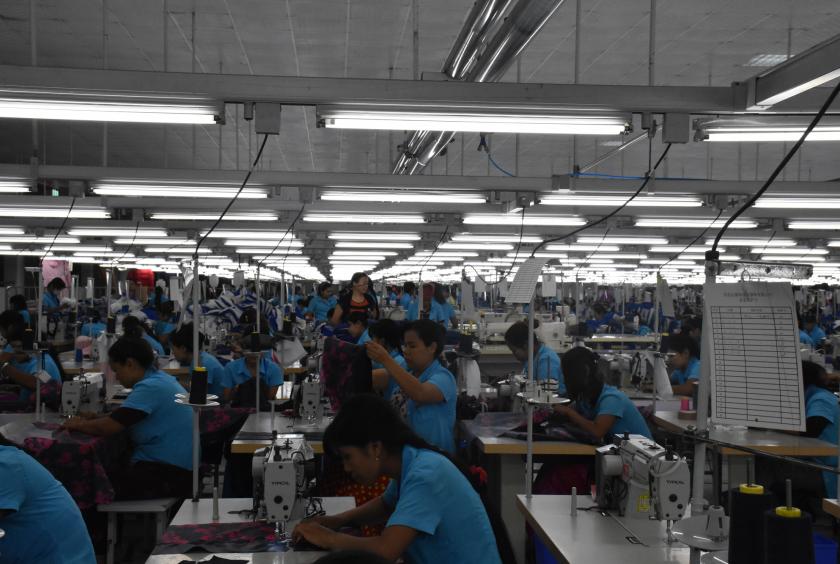 Myanmar’s garment industry is on track to meet its goal of USD 10 billion in exports by 2024, according to the Myanmar Garment Entrepreneurs Association (MGEA). The statement comes despite ongoing strikes and protests from garment workers.

The USD 10 billion target was set in 2014. Yet, soon after, garment workers helped usher in Myanmar’s first minimum wage, a move that worried garment investors. However, since then, the industry has only grown. The Ministry of Commerce (MOC) reports that in the 2018-2019 fiscal year, the industry had reached USD 4.6 billion in export revenue. The MOC expects that number to reach USD 5 billion by the end of next year. Europe, Japan and South Korea are Myanmar’s main textile buyers, according to the Myanmar Times.

Meanwhile, unrest has been growing among industry workers. It has been nearly one month since workers went on strike at the Hua Meng garment factory in Pathein, Ayeyarwaddy Region. On the Sunday before Christmas eve, roughly 1,000 workers took to the streets to demand better working conditions and stricter enforcement of industry laws for employers.

Myanmar’s minimum wage was introduced in 2015 and stands at MMK 4800 per day, one of the lowest in Asia. Garment industry investors led the fight against the minimum wage and continue to lobby against proposed increases. They argue that raising the minimum wage would lead to mass layoffs and reduced benefits for workers. However, if official data is accurate, it appears the industry is doing well despite the pay minimum.