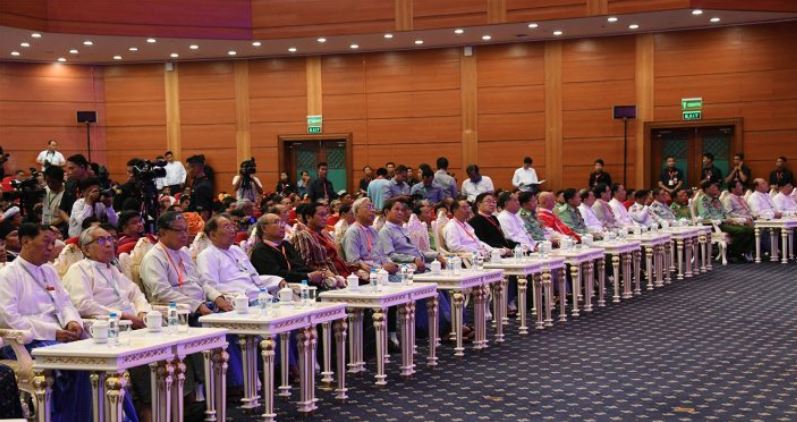 Daw Aung San Suu Kyi, the National League for Democracy’s most powerful figure spoke on October 28, the fourth anniversary of the signing of the landmark 2015 National Ceasefire Agreement (NCA). The three steps are to open dialogue with non-NCA signatories, to continue holding the 21st Century Panglong Union Peace Conferences and to “ensure that the people are able to enjoy the fruits of peace,” reported Frontier Myanmar. (The Panglong Union Peace Conferences are extended, multi-party peace talks named for a historic multi-party peace conference held in 1947.)

In 2015, the NCA brought some of Myanmar’s most prominent armed ethnic groups to the negotiating table. Notable signatories included the Karen National Union, which had been battling the Myanmar military for several decades. However, lasting peace would not come as swiftly as many had hoped. Other powerful groups would not sign the agreement, and many continue to skirmish with the Tatmadaw (Myanmar army) in Myanmar’s frontier regions, especially in Shan, Kachin and Rakhine States.

These non-signatories include the Northern Alliance, a confederation of five armed groups that launched a string of attacks in August. That conflict stalled border trade with China and closed off some of the country’s most popular tourist destinations. In the west, the Arakan Army has raided military convoys and taken scores of hostages in recent months. Often, civilians pay the price for these conflicts, with several killed and thousands displaced this year. In parts of Chin State, the fighting has caused a teacher shortage and left thousands of students without education, according to a recent story by the podcast Doh Athan.