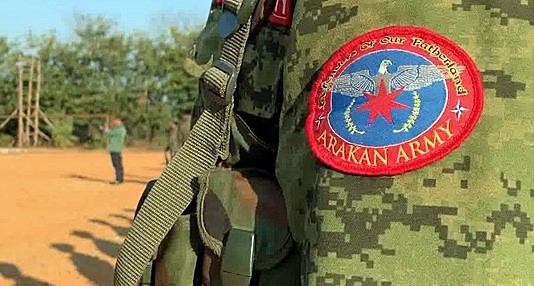 The government has officially dismissed rumors of possible martial law in parts of embattled Rakhine State. In a June 15 press conference, U Myint Than, director-general of the Ministry of the Office of the Union Government, claimed the state’s civilian government remains stable. The statement follows a comment by military spokesperson Brigadier General Zaw Min Tun that northern Rakhine is in need of “more effective administration.” Myant Than acknowledged the political damage the conflict has wrought, yet insisted the local civilian government will persevere. “The AA abducted and killed police, attacked police stations and abducted and tortured administrative officials in order to disrupt administration. However, the Rakhine State government is rebuilding its administrative mechanisms according to the instructions of the President’s Office,” the Irrawaddy quoted him as saying.

The Arakan Army (AA) rebel group, which claims to fight for greater autonomy for Arakan Buddhists, escalated violence in 2018, and has since engaged in a guerilla warfare, hostage-taking, and assassinations. On May 29, the group demanded a complete withdrawal of the Union government and military from contested territory. Rumblings of instability in the civilian government and martial law intensified on June 5, when the military charged three Myebon officials under the Counter-Terrorism Law for allegedly communicating with the AA. Soon after, 58 local administrators in Myebon Township resigned, fearing harassment or violence for themselves or their constituents if they did not bend to the AA’s demands, and legal action from the government and military if they did. Indeed, in his statement, Myint Than warned local officials that those who try to purchase the favor of the AA with donations and bribes would be prosecuted.