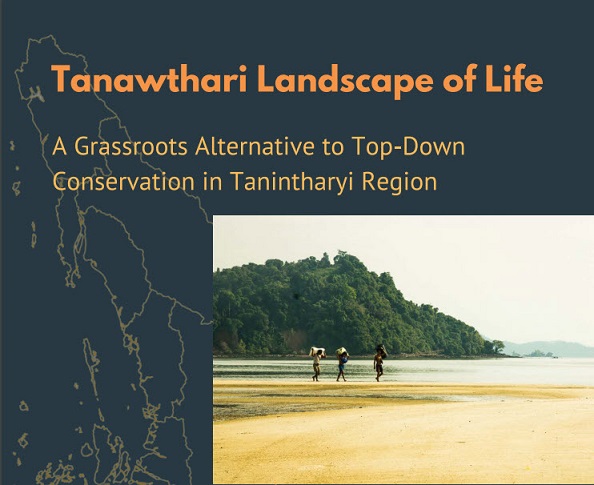 Ridge to Reef is a sweeping conservation project that aims to protect 3.5 million acres of wilderness and indigenous lands in Tanintharyi Region. The government-led development is supported by the United Nations Development Program, the Global Environment Facility and Fauna & Flora International. But one local activist organization, the Conservation Alliance of Tanintharyi (CAT), has spoken out against it. A report released by the organization claims the plan fails to protect and accommodate the systems and livelihoods of local communities.

“Despite the key role that indigenous people in Tanintharyi Region play in protecting this landscape, their rights are yet to be recognised,” argues the report, titled “A Grassroots Alternative to Top-Down Conservation in Tanintharyi Region.” It accuses Ridge to Reef of carrying out its activities without the consent of the local communities affected most. It urges conservation groups to take a “grassroots” approach, working more closely with CAT and other local organizations. CAT director Naw Eh Htee Wah told Momngabay.com that the current framework lacked local oversight and claimed the project is being led by the same government agencies that are handing over community forests to large developers: “They clean all of the forest and they get a lot of profit.”

Tanintharyi Region is one of Myanmar’s fiercest environmental battlegrounds. Booming development in the region has butted against environmental and human rights activists that aim to protect its traditional forests, fishing grounds and natural ecosystems, especially the mangrove forests, which have been devastated in recent decades. The CAT report shows that what had been lauded as a victory for Myanmar’s threatened species and ecosystems may be more controversial than expected.