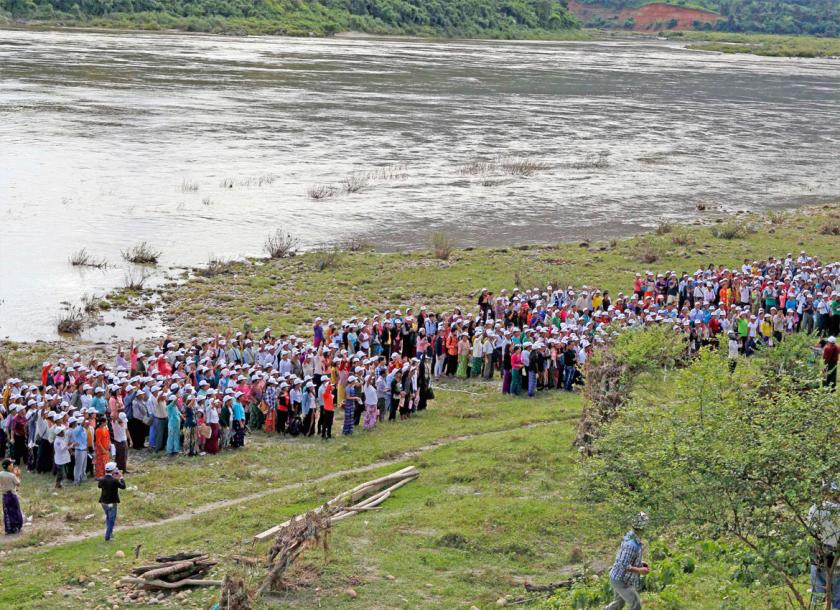 A new study by IFC has recommended not re-starting the controversial Myitsone hydropower dam in Kachin State. Alternative measures to develop hydropower in the country are also put forward. The Strategic Environmental Assessment (SEA) proposes multiple dams on specific rivers, with other waterways left untouched. It says that dams on major riverways risk destroying their rich ecosystems, placing a burden on the communities that rely on the rivers for their livelihoods. The Ayeyarwady – where the Myitsone is located – and the Thanlwin, also known as the Salween are examples. The report says that Myitsone should be avoided because of the negative downstream impacts. The development of new hydropower should be prioritized on rivers with lower environmental risks, according to the report. Development of the dam at Myitsone is “not considered to be consistent with sustainable hydropower principles”, the report said. The Myitsone was one of seven hydropower projects planned in the upper parts of the Ayeyarwady River. It was postponed by then-president U Thein Sein in 2011 for the duration of his term. The ruling National League for Democracy (NLD) has not made a decision as to whether on it will re-start. Communities in Kachin State are particularly against the project, due to the environmental risks. It is located in an area where it is considered an important part of the Kachin people’s heritage.