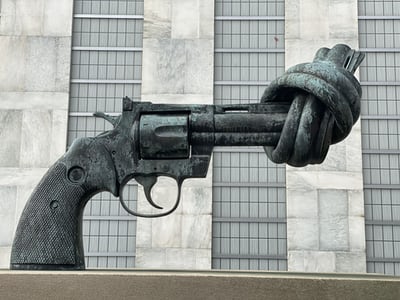 Indian officials have accused China of using Myanmar rebel groups to support proxy wars on its borders. Speaking to press, the officials (who remained anonymous) claimed China was working with the United Wa State Army and the Arakan Army to funnel weapons and provide shelter to insurgents in northeastern India. The groups in question include ethnic Naga separatists, which operate along Myanmar’s western border. In a statement, China’s foreign ministry categorically denied these claims, saying it never deals arms to non-state actors.

True or not, the accusations highlight Myanmar’s place in the growing tensions between its two most powerful neighbors. This is not the first time China has been accused of waging proxy wars via Myanmar ethnic armed groups. In September, in its “2020 China Military Power Report,” the U.S. accused China of expanding its own military presence in Myanmar to “protect and sustain military power at greater distances.” The recent accusations suggest China is playing both sides of the Myanmar peace process, both forging close relations with the Tatmadaw (Myanmar Army) while also using rebel groups as pawns for its own interests. Indeed, last year, Chinese diplomats became directly involved in brokering a peace between the Tatmadaw and the Northern Alliance of armed groups.

India has also become one of China’s chief economic rivals in Myanmar. This year, as the global pandemic has stalled trade with China, India has sought to take advantage with a new wave of trade deals and economic partnerships. These deals include increased imports of beans and other agricultural products and the Kaladan Multi-Modal Transit Transport project, a USD 484 million infrastructure initiative meant to facilitate trade through Rakhine and Chin States.