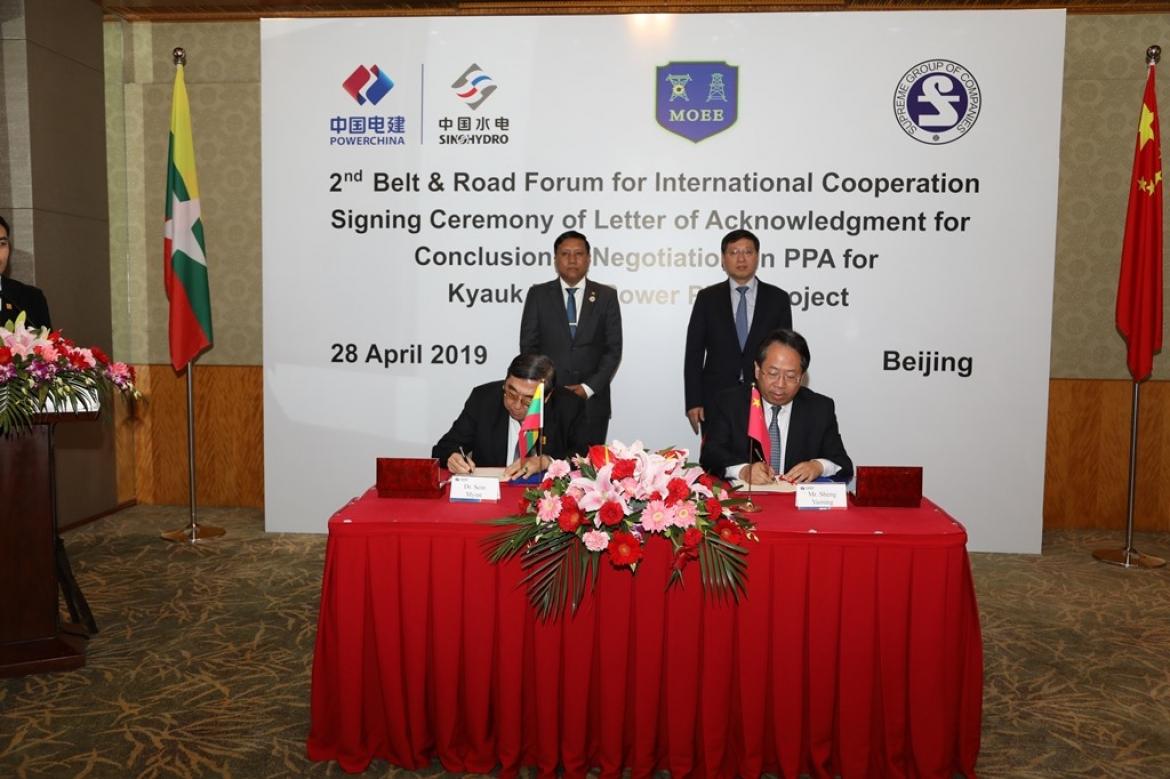 The consortium behind a planned 135-megawatt project at Kyaukphyu, Rakhine State expects to sign a deal on the project soon. According to a report in Frontier, the project is being developed by Myanmar’s Supreme Group and China’s state-owned Sinohydro. It will utilize gas from the Shwe field to generate power in Rakhine State. U Htu Htu Aung, deputy chief executive officer for Supreme Group, was quoted as saying that the companies had signed an agreement with the Minister for Electricity and Energy U Win Khaing at the Belt and Road Forum in Beijing on August 28. However, it still requires final government approval. The Kyaukphyu project has faced numerous delays since a “notice to proceed” was issued by the ministry in January 2018. The expected completion date of the project is May 2020.