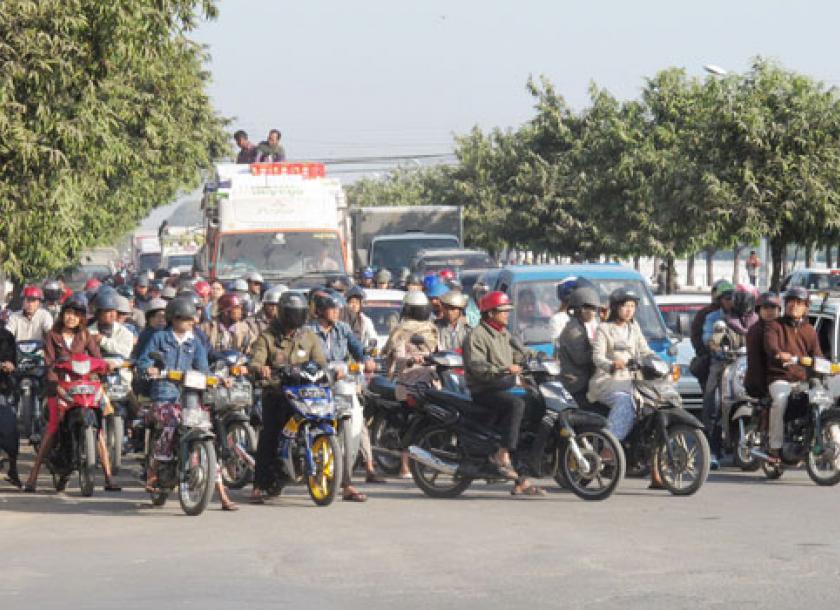 Mandalay lawmakers are planning to crack down on unlicensed motorbikes and three-wheelers with more strictly enforced regulations.

Speaking to the Myanmar Times, the regional MP U Aung Kyaw Moe said, “Unlicensed vehicles should not be allowed to provide mass transportation. Supervision is needed. Three-wheelers must have licenses or they won’t be allowed to pick up passengers. Some three-wheelers violate the traffic rules.”

Unlike Yangon, where motorbikes are outlawed, two-wheeled vehicles are an integral part of the Mandalay economy. However, the city is also notorious for its loose enforcement of motorbike regulations. Unregistered bikes are common, and it is the norm to see motorbikes perilously loaded down with cargo or carrying entire families. Drivers also tend to ignore traffic laws and neglect to wear helmets, U Aung Kyaw Moe argued.

For three-wheeled vehicles, Mandalay mayor U Ye Lwin claimed that a committee set up to investigate three-wheelers had done a poor job. However, U Zarni Aung, regional minister for Electricity, Energy and Construction, said that 1460 unregistered three-wheelers were successfully seized between January and August of this year.

The city of Mandalay often enters the debate about motorbikes in Yangon. Lifting Yangon’s motorbike ban could transform transportation in Myanmar’s busiest city, but supporters of the ban point out the throngs of noisy and unsafe bikers on Mandalay’s streets. Opponents of the ban claim that motorbikes would alleviate congestion in Yangon and provide working class people with an affordable means of private transportation.