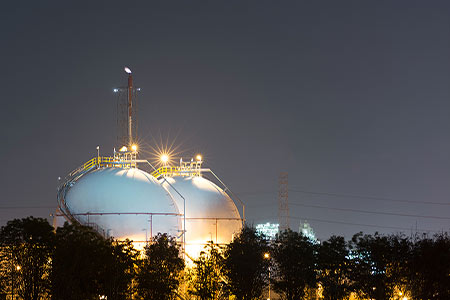 A Japanese-backed liquid natural gas (LNG) plant and terminal will be the latest in a series of LNG investments that aim to fill Myanmar’s short-term power gaps.

The terminal and 1250-megawatt plant, planned for the Thilawa Special Economic Zone, will be a wide-ranging partnership of Myanmar and Japanese companies. These include MAPCO, Eden Group, Myanmar Edible Oil Industrial Public Corporation Limited and Myanmar Agriculture and General Development Public Limited on the Myanmar side, and Marubeni, Sumitomo and Mitsui on the Japan side. Construction will begin this March.

The project is the latest in a series of LNG partnerships and investments and Myanmar seeks to fill its short-term energy gaps. In December Korean firm MCM Power Company announced a new USD 35 million gas-fired power plant planned for Pyay Township, Bago Region. Also in December, an initial deal was finalized to exploit Myanmar’s A-6 offshore oil and gas block, paving the way for ASEAN’s first ultra-deepwater development. These new LNG plans come in the wake of five emergency LNG supply tenders issued last summer, four of which were awarded to Hong Kong-listed VPower Group.

Although industry experts criticized those tenders as demanding too much in too little time, the Ministry of Electricity and Energy is exploring every possible avenue to fill electricity supply gaps in time for Myanmar’s hot season, when demand for power will be at its peak. Although it appears the country will see yet another power shortage (and potential blackouts in Yangon) in 2020, the upcoming LNG projects could go a long way towards ensuring a sustainable power supply in the coming years.