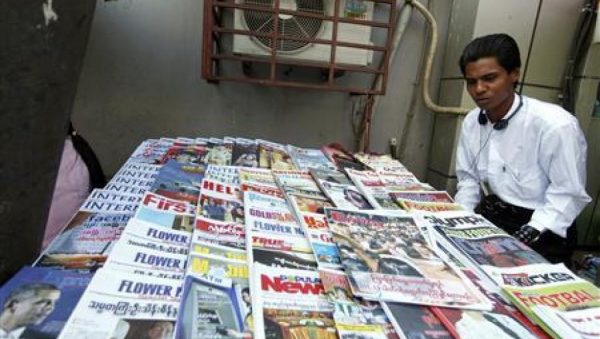 It is Myanmar’s lowest ranking since 2013 in the self-styled “press freedom barometer,” which is based on surveys of media experts combined with data on abuses and violence against journalists. RWB cited the imprisonment of Reuters journalists Wa Lone and Kyaw Soe Oo as chief examples of Myanmar’s hostile media environment, especially when it comes to coverage of the Rohingya refugee crisis on Myanmar’s western border. It also condemned article 66 (d) of the Telecommunications Act, which limits online reporting and allows rich and powerful figures to sue their online critics for defamation.

“Media freedom is clearly not one of the priorities of the government headed by the “Lady of Yangon” [Daw Aung San Suu Kyi] that has ruled since 2016. Myanmar rose 20 places in the World Press Freedom Index from 2013 to 2017, but now the reverse is taking place,” RWB wrote.

That harsh criticism of Aung San Suu Kyi and her government comes despite a presidential amnesty that freed Wa Lone and Kyaw Soe Oo in May of last year. In response to their arrest and sentencing, the entire Reuter’s Myanmar team was awarded the Pulitzer Prize for International Reporting.

The World Press Freedom Index ranks countries based on the criteria of pluralism, media independence, media environment and self-censorship, legislative framework, transparency, and the quality of the infrastructure that supports the production of news and information.