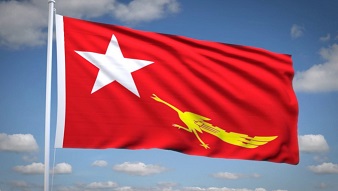 The final results of the 2020 general election have yet to be announced, but the NLD seems to have retained its majority in both houses of parliament in a resounding victory. The party of Daw Aung San Suu Kyi claims it has held or won at least 399 parliament seats, more even than in its landslide victory in 2015. The party held ground throughout the country, including ethnic areas such as Kayin and Rakhine.

The victory comes despite the image of the NLD — and Daw Suu — having grown somewhat travel-worn since it was the opposition party and icon of democratic progress. In the past five years the party has, perhaps inevitably, failed to live up to its larger-than-life expectations, and its handling of the Rakhine crisis has harmed it on the world stage. Yet the results show that the people of Myanmar still have full confidence in the NLD.

Responses from the international community have been more mixed. U.S. secretary of state Mike Pompeo showed cautious optimism, saying that the elections “mark an important step in the country’s democratic transition” but expressing concern with the cancellation of voting in certain regions. Human rights group Fortify Rights was less forgiving. “The international community must unequivocally condemn the disenfranchisement of Rohingya and other ethnic nationalities or risk paving the path for future violations,” said Ismail Wolff, regional director of Fortify Rights, in a statement.

In terms of health and safety, media reports have given accounts of both safe and organized polling with plenty of PPE and also dangerous overcrowded voting stations. Regardless of the effect on Myanmar’s COVID-19 pandemic, voter turnout does not appear to have been seriously reduced, or at least, not enough to call the results into question.