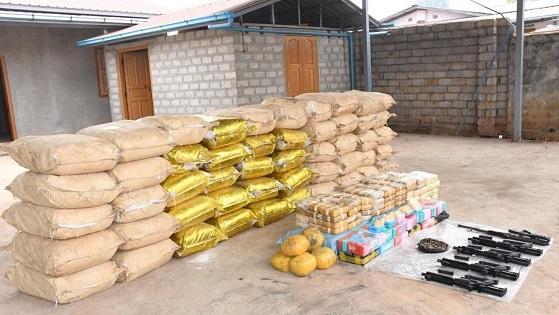 Police have captured millions of dollars worth of narcotics and precursors, including more than 200 million methamphetamine tablets and 500 kilograms of crystal meth. The bust, carried out in Shan State’s Kutkhai Township, was one of the largest ever in Asia. Speaking to CNN, a spokesperson for the United Nation’s Office of Drugs and Crime described the seizure as “truly off-the-charts.”

Northern Myanmar represents one point of the “Golden Triangle” of Southeast Asian drug production and trafficking, which also extends into Laos and Thailand. In the hills of Shan and Kachin States, armed ethnic groups have historically grown vast amounts of poppy to be used for opium and heroin production. Yet in recent years, poppy has been on the decline, replaced by synthetic drugs like methamphetamine and fentanyl. The UNODC estimates the Southeast Asian market for these sorts of drugs to be around USD 61.4 billion.

For decades, the drug industry has financed ethnic armed organizations that freely grow poppy and synthesize drugs in their territories. The rise of meth will only boost a black market that hosts merchandise from guns, to teak wood, to beer, carried across Myanmar’s porous borders. In the last few years, the government has made an effort to develop its land trade infrastructure, especially with Thailand and China. But it must compete with both smuggling rings and ethnic organizations that are happy to undercut official tariffs.