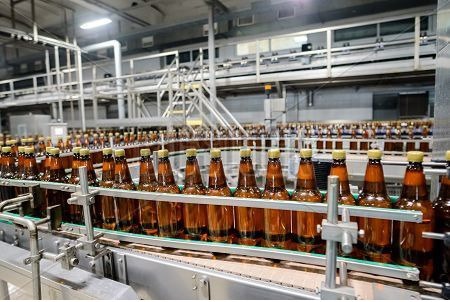 Yangon’s new Emerald Brewery canned its first Chang beer on September 25th. Singaporean firm Fraser and Neave (F&N) invested US$70 million into the new facility, which will be brewing the famous Thai beer brand at a capacity of 500,000 hectoliters per year.

At the brewery’s First Canning ceremony, F&N executive committee chair Mr Koh Poh Tiong called Myanmar’s beverage industry a “a fast-growing market.” The company also boasted of Emerald Brewery’s sustainable and environmentally-friendly brewing practices, which include water recirculation and solar power. F&N’s other drinks include 100PLUS and Teapot, all of which are already popular in Myanmar. But this will be the company’s first venture into hard beverages, following in the footsteps of foreign beer brands such as Heineken and Carlsberg.

Carlsberg is currently embroiled in a criminal lawsuit from a distributor that claims the company swindled it out of almost US$400,000. But despite Carlsberg’s legal woes, Myanmar’s beverage market may indeed be growing. In June, the Ministry of Commerce announced that it would relax strict alcohol regulations that have banned beer and liquor imports for all but certain hotels and embassy clubs. The import ban has led to rampant smuggling and counterfeiting and a huge grey market in which hotels sell their excess imports to small liquor shops.

Chang Beer, smuggled across the Thai border, remains one of Myanmar’s best-selling black market products. How Emerald Brewery’s legitimate Chang will fare against its cross-border competition remains to be seen, especially in eastern towns such as Hpa-Ann, which is closer to Thailand than to Yangon.