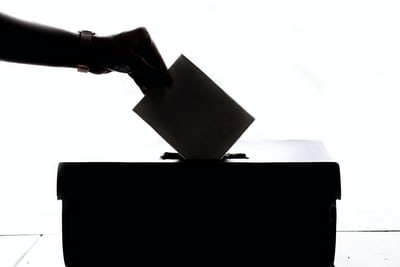 Earlier this month, a group of 24 opposition political parties petitioned the Union Election Commission (UEC) to delay the election. The UEC refused. Critics of the request dismissed the effort as a ploy to buy more time to campaign and upset the status quo, while defenders of a postponement argued that having more time to campaign would balance the scales for parties with bases in rural areas, who are not as connected. “Many voters are in remote areas and it is difficult to know how much access they have to online campaigns,” political analyst Yan Myo Thein told Reuters.

Now, the COVID-19 case load has exceeded 10,000. Domestic flights have been grounded, and in Yangon, residents have been ordered to stay at home for all but the most important tasks. Voting on November 8th would certainly qualify as an essential task, but if the rapid spread of the virus does not let up, it would be difficult for many residents to travel to their local polling stations, let alone informal residents who would need to travel back to their home towns. Thus, a worsening pandemic will likely add fuel to the argument to postpone the election. And if the infection rate is even worse in the weeks leading up to the election, the UEC may have little choice.

As Yan Myo Thein pointed out, small and ethnic political parties would likely benefit from more campaign time in a digital-first campaign environment. However, the country has only conducted one indisputably legitimate election (the 2010 election was boycotted by the NLD) A 2020 election that carries on as planned would go a long way to prove that Myanmar is now a functional, stable democracy. But were an election to put the health of voters at risk, or force many voters to stay at home, carrying on as planned could be even worse.