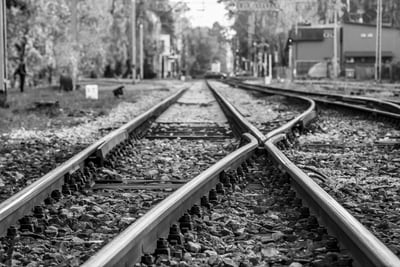 China and Myanmar signed an MOU this week for a new 650-kilometer railway line connecting Mandalay with Kyaukpyu, Rakhine State. The new railway will join with another planned line from Mandalay to Muse, creating an unbroken line from the Bay of Bengal to the Chinese border. The MOU (which covers initial planning and feasibility studies) was signed by Myanma Railways and the China Railway Eryuan Engineering Group.

The new line is a key part of the China-Myanmar Economic Corridor (CMEC), which is in turn integral to China’s vast Belt and Road Initiative. It will roughly trace the China-Myanmar Oil & Gas Pipelines, which end in Kyaukpyu. In addition to railways and pipelines, the CMEC’s myriad infrastructure projects include power lines, roadways and industrial zones. These would result in a vast, continuous trade corridor across northern and central Myanmar — and also cement Mandalay’s role as a lynch pin of Asian commerce.

Yet it will be several years, at least, before CMEC would be fully realized. Furthermore, similar deals have been signed before, only to be abandoned later. In its coverage of the MOU, the Irrawaddy pointed out that another agreement for a railway linking Muse with Kyaukpyu was signed in 2011. Bogged down in political and bureaucratic quagmires, that deal expired in 2014.