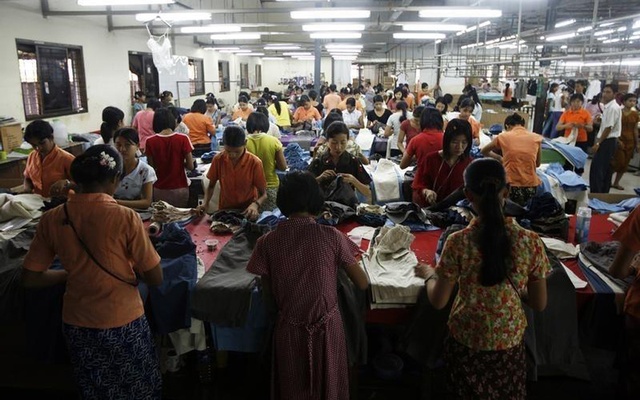 About two dozen workers at a garment factory on the outskirts of Yangon were injured on Monday following a clash between protesters and what witnesses described as assailants wielding iron bars, according to a report in Reuters. The article said that hundreds of employees of Fu Yuen Garment Co Ltd, which has produced clothes for German supermarket chain Lidl and British brand Joules, have been striking for several weeks demanding that 30 workers be reinstated after they were fired for protesting for better working conditions. According to the report, 24 people were admitted to hospital for treatment after dozens of men in civilian clothing rounded on the crowd of mostly young women. “Those guys are gangsters,” one of the injured workers, Thae Nu Khaing, was quoted as saying in the Reuters report. Police released a statement saying that a fight had broken out as a result of the protests. “Both groups have an argument and violence happened,” the statement said. The incident is the latest blow to Myanmar’s garment sector, which could see thousands of jobs lost if the European Union decides to reinstate economic sanctions over the government’s handling of the crisis in Rakhine State.