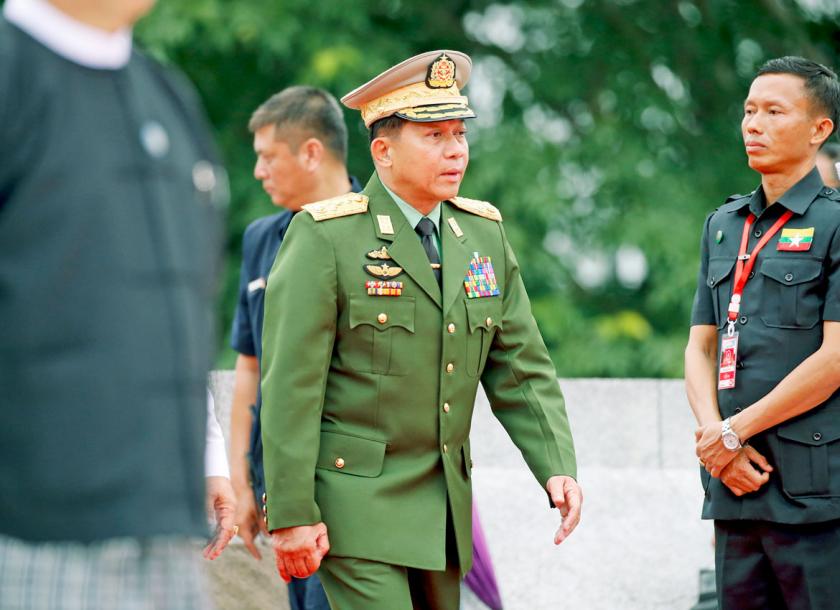 Social media giant Facebook has banned military head Senior General Min Aung Hlaing as well as other army officials from its platform following the publication of a UN report that was scathing of the Myanmar military’s crackdown in northern Rakhine State last year. In a statement published on August 27, Facebook said it had banned 20 individuals and organisations in Myanmar because it wants to prevent them from using the service to “further inflame ethnic and religious tensions”. Facebook is by far the most popular website for most Myanmar internet users, and many official government announcements are made through the platform. Before the pages were banned, Min Aung Hlaing had two active Facebook accounts, one with 1.3 million followers and another with almost 3 million. Facebook has come under considerable criticism for failing to tackle online hate speech in Myanmar in recent years, which has coincided with religious violence in large parts of the country. In its report, the UN criticised Facebook for its “slow and ineffective” response, and called on the Security Council to refer Myanmar’s situation to the International Criminal Court. Myanmar’s military has largely denied any wrongdoing during its northern Rakhine operation.