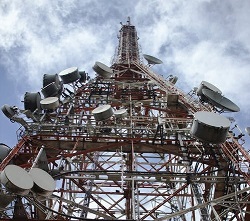 This week Chinese electronics giant Huawei announced that it had added Ga Mon Pyint, a major Myanmar retail brand, to its growing list of clients for its Huawei Cloud suite of services. The company will provide a full suite of cloud-based business management services with systems from German software company SAP.

Ga Mon Pyint is not Huawei’s first Huawei Cloud client in Myanmar, but it is now one of its largest. The conglomerate operates shopping malls, hospitals, hotels, trading, and retail centers throughout the country. The company’s partnership is a small but telling step in Myanmar’s digital revolution. First, it shows how digital, cloud-based systems are beginning to become more mainstream in Myanmar, another result of the digital leapfrogging in both consumer-facing and back-end business.

Second, Huawei’s overall success in the country is another economic victory for China. The company has been accused by the United States, Australia, and some other “Western” nations as being under the influence of the Chinese surveillance state and a tool for cyber espionage. (However, those accusations should be considered in the context of an ongoing propaganda war between the U.S. and China.) Nevertheless, Huawei continues to make inroads in Myanmar, including supplying equipment for the country’s 5G rollout.