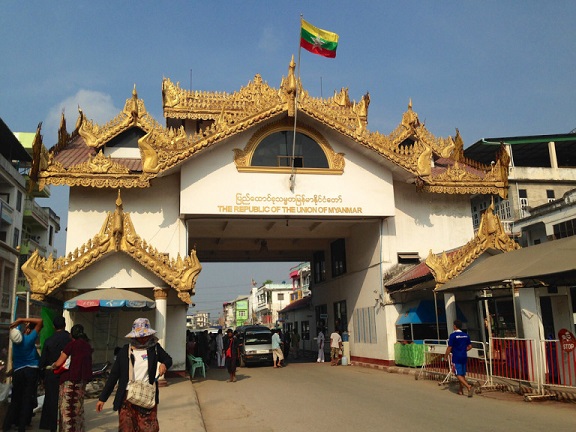 A new round of Individual Trading Cards (ITC) has helped boost overall trade by MMK 8.09 billion in the first quarter of the fiscal year, according to the Ministry of Commerce. That number comprises MMK 6.46 billion in imports and MMK 1.6 billion in exports. The majority of this trade — MMK 5.3 billion — passed through the border crossing at Myawaddy, opposite Mae Sot, Thailand.

Introduced in 2012 to support cross-border commerce, ITCs allow individual merchants without established companies to trade up to MMK 3 million per day. Over 1700 ITCs have been issued to date, according to data reported by the Global New Light of Myanmar. Total ITC trade soared to MMK 59 billion by the 2018-2019 fiscal year, but dropped to MMK 46 billion last year.

The dip, of course, was due to the COVID-19 pandemic which resulted in a year of restrictions at key border crossings. Although COVID-19 vaccinations are in sight, restrictions are likely to continue on the Thai border, which, again, hosts the majority of ITC trade. This week Thai authorities reported that 40 new COVID-19 cases had been detected from Myanmar citizens who had crossed the border.