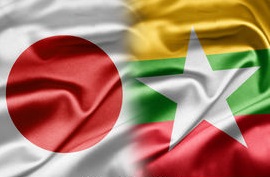 In an interview with the Irrawaddy, the ambassador began by calling the election a categorical success and expressing full faith in the ongoing leadership of the NLD. He then said Japan would continue promoting Myanmar investments and extending financial assistance to help the country recover from the COVID-19 pandemic. Japan has been a key benefactor this year, lending Myanmar hundreds of millions of dollars for its COVID-19 Economic Recovery Plan. Additionally, this month, Japan finalized loans totaling more than USD 400 million for a new bridge over the Sittaung River and a new highway project linking Bago and Kyaiktiyo. The ambassador also spoke of Japan’s ongoing investment in the Thilawa Special Economic Zone and the possibility of increasing investment in the Dawei Special Economic Zone. Those SEZs are linchpins for Myanmar’s long-term strategy to boost trade and foreign investment, and for Japan, potential economic footholds to counter China.

Many nations have reaffirmed their commitment to Myanmar and the NLD following this month’s election. The ambassador’s optimism showed that Japan thinks little of common criticisms of the election from human rights groups. He also indicated that the human rights crisis in Rakhine State will not deter Japan from fully embracing both the civilian government and the military. “If there is anything we can do to help, we would go step by step in a very positive way by standing with the government, the Tatmadaw, Myanmar’s people and the local people in Rakhine State at same time,” he told the Irrawaddy.