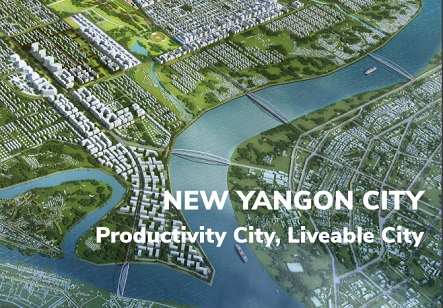 The period for companies to enter the “Swiss challenge” for a major contract within the New Yangon City development came to a close on October 22. The Swiss challenge process allows third party firms to compete with China Communications Construction Co. (CCCC) for a USD 800 million infrastructure contract. German consultancy Roland Berger managed the challenge, which opened last Thursday and gave interested parties one week to submit their expressions of interest.

CCCC had initially been awarded the contract, which calls for a new industrial zone, a bridge over the Yangon River and commercial and residential buildings. But in July the Regional government decided to allow competing bids. Should CCCC be outbid, the company will have a chance to submit a revised bid within 45 days.

In July an unnamed senior official speaking to the Irrawaddy said that the decision to hold a Swiss challenge was not due to transparency issues, but merely to unbundle the vast project. Nevertheless, the major partnership with CCCC, without calling for competing bids, had caused some controversy. CCCC has faced allegations of corruption, fraud and other offenses outside of Myanmar. One major example came in 2009, when the company was accused of fraudulent practices while developing a World Bank-funded roadway project in the Philippines. It was barred from all World Bank affiliated road and bridge projects for eight years. Thus, the Swiss challenge may help insulate New Yangon City from such controversy, especially if a non-CCCC company should win the contract.