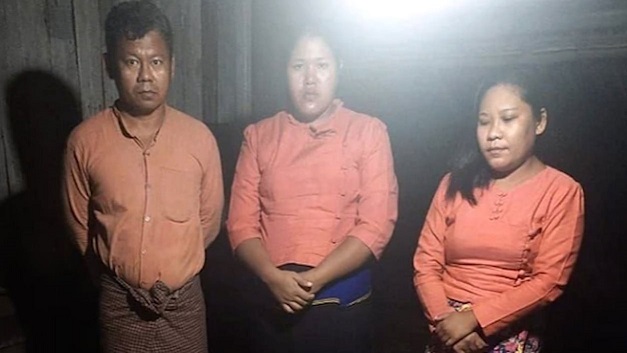 The Arakan Army (AA) has admitted to the capture of three NLD political candidates. The candidates, who include two incumbent state parliamentarians and one national MP, were seized last week while on a campaign trip. The AA claims the kidnapping was in retaliation for what it calls illegal arrests of Rakhine people, including students detained during recent anti-Tatmadaw demonstrations. The AA — which the government has labeled a terrorist organization — has proposed a prisoner exchange, but so far the NLD government has refused. “If they make demands in this way, it would be difficult for us to comply,” NLD spokesperson Myo Nyunt told Reuters.

The situation comes amidst a surge of violence between the AA and the Myanmar army. A report released this week by Amnesty International claims that first-hand accounts, satellite imagery and other evidence shows numerous civilian casualties due to recklessness on both sides. “There are no signs of the conflict between the Arakan Army and the Myanmar military abating – and civilians continue to bear the brunt,” said Ming Yu Hah, Amnesty International’s Deputy Regional Director for Campaigns. The report also claims to have uncovered evidence of land mines planted near civilian populations. “The Myanmar military’s utter disregard for civilian suffering grows more shocking and brazen by the day. The UN Security Council must urgently refer the situation in Myanmar to the International Criminal Court,” the report said.