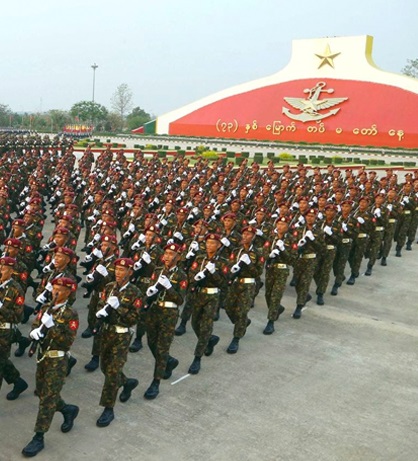 A Tatmadaw (Myanmar Army) court-martial has convicted three officers of crimes committed during the height of the Rakhine crisis, which led to a mass exodus of Muslims from Rakhine State in 2017/2018. The charges relate to alleged mass executions in the village of Gutarpyin, Buthidaung Township, where five shallow mass graves were reported in 2018. The military initially claimed the graves were of “terrorists” that had been killed and buried according to protocol. The military later admitted wrongdoing, but claimed the killings were an unsanctioned, isolated event. The court-martial, first announced in September, was an attempt to investigate and punish what the Tatmadaw called “weakness in following instructions in some incidents.”

The court martial may prove to be a milestone in Myanmar’s effort to rebuild its international reputation. Despite charges of genocide leveled last year in the UN’s highest court, both the government and military of Myanmar denied systematic human rights abuse, claiming that the fights were carried out against terrorists in an effort to restore peace and order in Rakhine State. Human rights groups and nations such as the Gambia (which brought the genocide charges before the International Court of Justice) have vehemently disagreed, citing numerous accounts from refugees (who self-identify as Rohingyas) of village burnings, mass executions and other atrocities. However, the military maintains that those reports are either greatly exaggerated or outright fabrications. The three convictions, the military claims, are evidence that it is investigating and remedying the wrongdoing within its own ranks. However, other than a guilty verdict, it has yet to reveal specifics surrounding the charges and sentencing of the three officers.