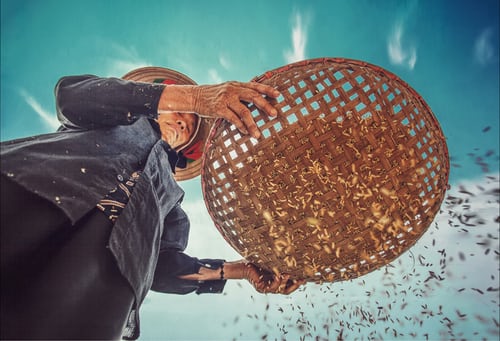 Agriculture prices are fluctuating as the pandemic stalls supply chains, throttles border trade, and affects both supply and demand of certain commodities.

This week, the Myanmar Times reported surging prices of watermelons as border restrictions limit traffic across the Chinese border. China is Myanmar’s largest buyer of those crops, and the current price for a ton of watermelons has more than tripled to RMB 4000 (around USD 590) from RMB 1200 at the same point last year. Rice, too, has been affected by stricter restrictions on highway traffic and new documentation requirements for truck drivers. Rice exports to China (the largest buyer of Myanmar rice) have been down since the start of the pandemic, but this week the Myanmar Times reported that rice prices are now climbing within the city of Yangon. (Myanmar is one of the world’s top rice producers, but the majority of it is sold domestically.) Finally, the same logistics issues, as well as lower demand from the restaurant industry, have dampened demand for coffee, U Myint Swe of the Ministry of Agriculture, Livestock and Irrigation told the Times this week.

On the positive side, Myanmar agriculture seems to be holding up relatively well in the long term. With 2.53 million tons of rice exports, Myanmar actually exceeded its rice export target of in the 2019-2020 fiscal year. The original target set by the Myanmar Rice Federation was 2.5 million tons, but later adjusted to 2.4 million tons, U Myint Lwin, CEO of the Myanmar Rice Federation, told Xinhua. “But we, somehow, managed to surpass the target,” he said.