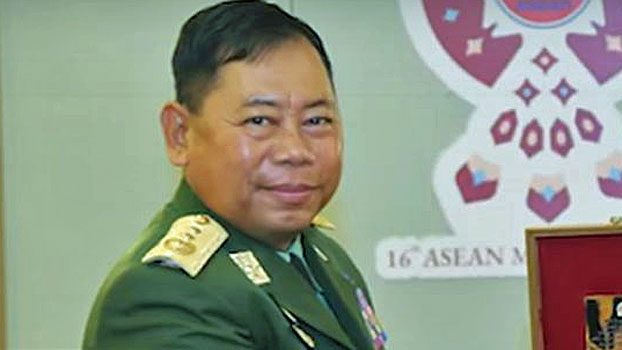 Myanmar has appointed a new head of the Ministry of Home Affairs. Parliament approved the appointment of Tatmadaw-nominated Lieutenant General Soe Htut to lead the ministry that oversees the police force, national intelligence, prisons and other areas related to domestic security. The official, replacing Lieutenant General Kyaw Swe, had previously served as Chief of Military Security Affairs.

The handover comes when the military’s involvement in civilian government is the subject of intense debate. Last month, members of parliament submitted 114 proposed changes to the 2008 constitution, many of which would temper the Tatmadaw’s power over government and add more civilian oversight to military operations. The constitution gives the military direct control of the Ministry of Home Affairs, along with the Ministries of Defence and Border Affairs. Although parliament may theoretically vote to approve the appointment of ministers, it must produce concrete reasons to doubt a candidate’s ability. Lieutenant General Soe Htut, the son of well-known pre-democratic leader Brigadier General Lun Maung, hails from a prominent military family. His appointment punctuates the military’s commitment to maintain the status quo.

Yet despite the National League for Democracy’s push for constitutional reform, and the recent protests and counter protests the issue has sparked, the administration of Aung San Suu Kyi has shown a willingness to work with the military. The State Counsellor has described a positive relationship with several of her military colleagues, and her recent decision to personally defend the military before the International Court of Justice showed that the two sides were able to cooperate.