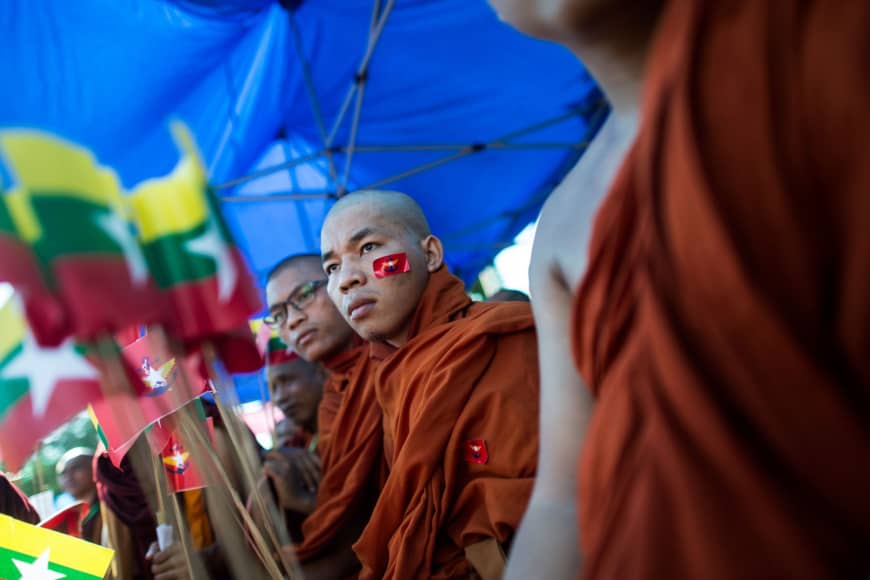 Thousands of supporters of Myanmar’s military, also called Tatmadaw, held a march through downtown Yangon on Sunday, where they showed their support for the Tatmadaw and criticised what they said was international involvement in domestic affairs, according to an AP report. Speeches were held on a stage in downtown Yangon, which was lined with images of army chief Senior General Min Aung Hlaing, while groups said they would “fight back” against international bodies that have called for an investigation into Myanmar’s military, over its handling of the crisis in Rakhine State last year. One of those to speak was U Wirathu, a monk who has voiced controversial views towards Myanmar’s Muslim population in the past. “The day the International Criminal Court comes to our country, that’s the day R2P (responsibility to protect) comes to our country. That’ll be the day that Wirathu picks up a gun,” he was quoted as saying by AP.