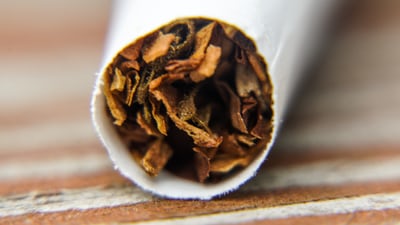 After Kirin announced an end to its Tatmadaw (Myanmar military) beer partnership, the military also lost its partner in the country’s largest cigarette company.

Singaporean tycoon Lim Kaling, co-founder of Hong Kong gaming firm Razer, announced that he will divest from a company that owns 49% stake in Virginia Tobacco Company, which he shares with the Tatmadaw-backed Myanma Economic Holdings Ltd. (MEHL). Kaling’s announcement followed an online petition by the group Justice for Myanmar urging him to cut his Myanmar ties.

“Recent events there cause me grave concern… I have decided to exit my investment in Myanmar, disposing of my one-third stake in the joint venture that owns RMH Singapore Pte Ltd,” Kaling said in a statement, referring to MEHL’s partner company.

Puma Energy, a Singaporean company with a monopoly on providing airplane fuel in Myanmar in a JV with the Ministry of Electricity and Energy, also released a statement on the 10th saying it “has decided to suspend all operations in Myanmar in the current situation to protect the safety and security of (our) employees and partners.”

These operations freeze and other high-profile divestments, including from Kirin and, potentially, Thai developer Amata, have caused pundits to predict a domino-effect of foreign departures. “[The trend] will definitely get bigger as these corporations get on board the leave-first-and-ask-questions-later bandwagon,” Justin Tang, head of Asian research at United First Partners in Singapore, told Bloomberg in a report that also mentioned a series of newly-minted deals, such as CVC Capital Partners’ recent USD 700 million acquisition of Irrawaddy Green Towers, wondering if recent events would leave them intact.