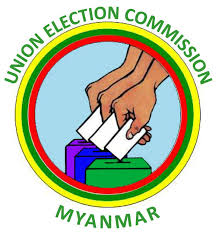 A group of opposition parties have spoken out against a threat by the Union Election Commission (UEC) to disqualify those who criticize it for accepting equipment from a foreign aid organization.

Twenty political parties, including the military-backed Union Solidarity and Development Party, have slammed the UEC for accepting laptop computers, printers and other equipment from the International Foundation for Electoral System (IFES), which is funded by the United States and other western nations. Ostensibly, the equipment is meant to modernize Myanmar’s election process. But the 20 parties claimed that the arrangement lacked transparency. They have also spread unfounded rumors that the United States would use the equipment for espionage and election-rigging. Some believe the claims to be politically motivated, as inefficiency and disorder could be an advantage for minority parties.

The UEC responded by threatening to revoke the registrations of parties spreading the rumors. It said the claims are totally baseless and that it has full authority to accept aid from the IFES, which woks with 145 countries around the world. Furthermore, the UEC claims it has authority to disqualify parties spreading hate speech intended to disrupt the election process under Article 6 of the Election Law. The 20 parties have responded by calling for an overhaul of the UEC, beginning with more transparency in its dealings.