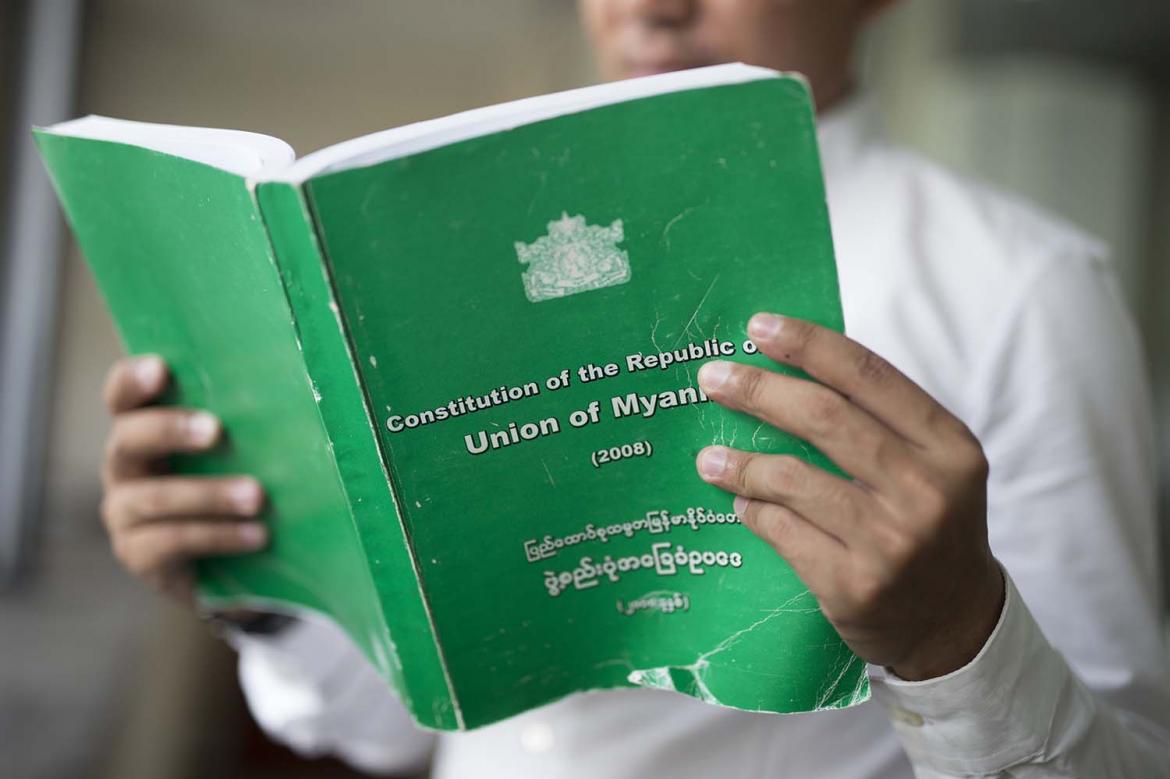 An MP of the Union Solidarity and Development Party (USDP) has criticised a committee formed to assess if the 2008 Constitution can be amended. According to a report in The Irrawaddy, during a debate in parliament on the issue, U Thaung Aye said that the commission is a violation of the law. “We all agree that the Constitution should be amended, but what sets us apart is whether it should be amended in accordance with the law or against the law,” he was quoted as saying. The 45-member committee was formed following a proposal from the National League for Democracy (NLD). It includes representatives from all parties represented in parliament, as well as military appointees. Amending the controversial charter was a key component of the NLD’s platform ahead of the 2015 general election. Until now the party has made little progress on the issue.