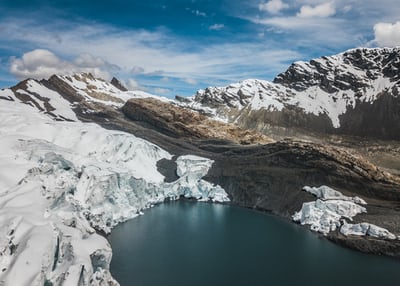 Last week, State Counsellor Daw Aung San Suu Kyi delivered a video statement at the recent U.N.-hosted Climate Ambition Summit, held on the fifth anniversary of the 2015 Paris Agreement. She outlined Myanmar’s own climate change goals, which include reducing its carbon footprint by 243 million tonnes of CO2 by increasing renewables in its energy mix, reforming its forestry sector, and increasing energy efficiency in all sectors, among other steps.

Although the state counsellor was one of 75 world leaders who spoke at the summit, the speech was not mere pandering to a fashionable geopolitical issue. In the coming decades, climate change will be a particularly complex issue for Myanmar.

For starters, power and energy are currently Myanmar’s biggest sources of foreign investment. Foreign companies have scrambled to explore and extract fossil fuel reserves in the Bay of Bengal, among them China, whose Myanmar-China Oil & Gas Pipelines carry vast amounts of unrefined fuel across the border. Furthermore, several new oil and gas refineries have been proposed or planned, and these play a key role in Myanmar’s goal to supply power to 100% of its population by 2030. Thus, fossil fuels have huge importance in Myanmar’s economic future. The kind of global pivot towards renewable energy envisioned by the Paris Agreement could be a liability.

On the other hand, the effects of climate change will affect countries like Myanmar first and worst. Agriculture is currently Myanmar’s largest sector, employing more than half of its labor force. In recent years, farmers have reported crop loss due to earlier and more severe monsoons and hotter-than-usual dry seasons. Whether or not these conditions are due to global climate change or mere coincidence, the fact remains that fluctuations in temperature, weather and forest and marine ecosystems could pose a huge threat to Myanmar’s economic future — perhaps the greatest threat of all.

Thus, Myanmar’s commitments under the Paris Agreement and the emissions plans outlined by the state counsellor last week represent a host of problems, challenges and decisions the country could face for decades to come.