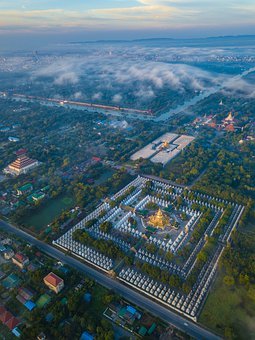 Yangon still bears the worst of Myanmar’s COVID-19 outbreak, but the city of Mandalay reported record high daily cases this week, including new cases among election officials and truck drivers.

At the time of writing, there have been just over 3000 confirmed cases in Mandalay Region (of more than 71,000 nationwide). This week, data reported by the Myanmar Times showed a rise in new cases per day, prompting the city — which is already on tight lockdown — to prepare for the worst. Measures include outfitting schools as quarantine centers, the Myanmar Times continued. The spike has occurred just after millions of people left their homes to vote in the November 8th election. This week the Union Election Commission confirmed that the virus has been found in several members of its Mandalay branch.

But the most worrying new cases aren’t in local government, but local drivers. Sixteen drivers between Mandalay and the border post of Muse have tested positive this week. As we have explained in previous commentary, a large-scale outbreak in Mandalay may be even more detrimental to trade than in Yangon.