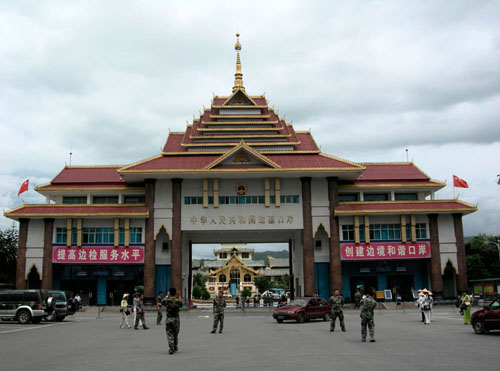 China has established an official “green lane” through the border crossing at Muse to fast track shipments of fruit, onions and fish. Up to 100 trucks per day may use the green lane, which is meant to increase trade volume amid the pandemic slump, local merchants told the Myanmar Times.

Since the start of the pandemic, China has added new restrictions on imports from Myanmar, including limiting the number of authorized traders and requiring goods to transfer from Myanmar vehicles to Chinese vehicles before moving on. This has caused a slump in exports, especially of rice and other agricultural products, which has prompted Myanmar to seek new buyers in Thailand and other ASEAN neighbors. Local wholesalers told the Myanmar Times that the green lane expands the number of trucks that may cross, which will cut down on the common but inefficient practice of repackaging and combining shipments into the same vehicle at the border.

The ongoing pandemic poses a threat to the effort to boost trade. Mandalay — the main hub for trade with China — has seen a spike in COVID-19 cases following the election, and this week 16 truck drivers tested positive between Mandalay and Muse. Throughout the pandemic, China has prioritized pandemic containment over protecting its economy in the short term, and a full-blown outbreak in Mandalay Region (which currently has around 3000 confirmed cases) could be disastrous for business with Myanmar’s largest trade partner.