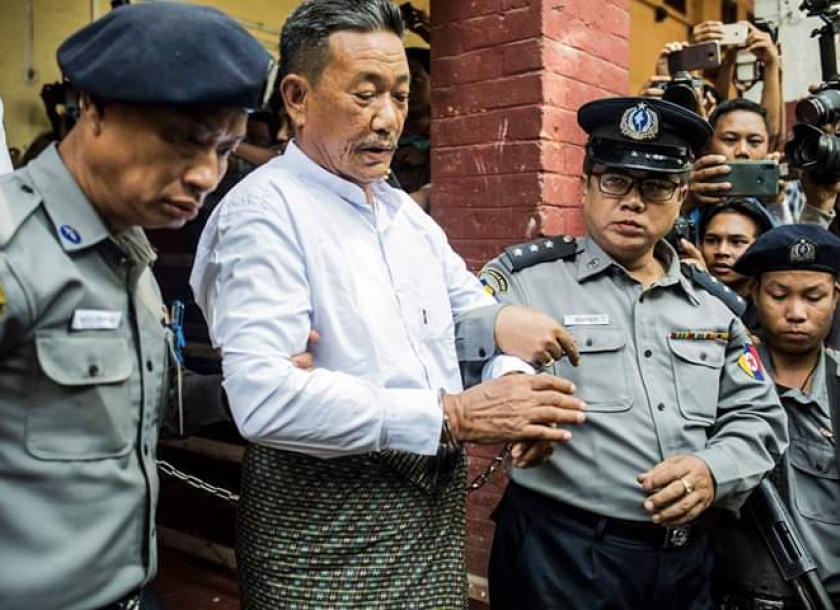 Two of four defendants implicated in the killing of prominent lawyer U Ko Ni were sentenced to death. Ko Ni, a constitutional expert and legal adviser to the NLD, was gunned down at Yangon International Airport on January 29, 2017. He was also one of Myanmar’s most prominent Muslims. Gunman U Kyi Lin, and U Aung Win Zaw, a former military officer, were given the death penalty after being found guilty of premeditated murder under Section 302(1)(b) of the Penal Code. An additional 20 years’ prison sentence was to given to Kyi Lin for killing U Nay Win, a taxi driver who chased Kyi Lin after the shooting. U Zeyar Phyo was sentenced to five years in prison with hard labor for falsifying evidence. U Aung Win Tun received three years for harboring an offender. The alleged mastermind, U Aung Win Khine, who is also a former military officer, is still on the loose. Although Myanmar has a death penalty, the sentence has not been executed for decades.