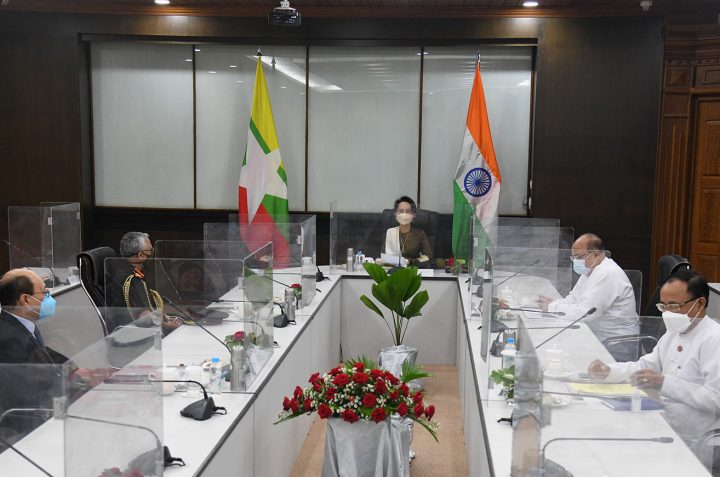 According to a joint announcement from the Myanmar and Indian governments, the two countries will work together to open the long-awaited Sittwe Port in the first quarter of 2021. That port aims to increase shipping across the Bay of Bengal, especially between Sittwe and Kolkata. It will be a key piece of the Kaladan Multi-Modal Transit Transport project, a USD 484 million infrastructure initiative designed to facilitate trade through Rakhine and Chin states. The proposed petroleum refinery (which we discuss in greater detail in a separate article) would cost an estimated USD 6 billion and aims to both build Myanmar’s capacity to produce refined fuel products and help India gain a foothold against China in Myanmar’s energy sector.

Their visit also coincided with the finalizing of a deal that eases restrictions on Myanmar bean traders. To protect its own growers, India typically sets an annual quota on imported beans from Myanmar and a three-month window in which to meet it (between June and August). Yet this year, Myanmar farmers were only able to meet around a fourth of the 4000 ton quota, according to the Myanmar Times. The new deal allows Myanmar farmers to export an additional 150,000 tons of mung beans until March, 2021.