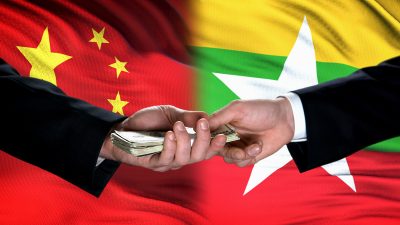 First and foremost, Xi reaffirmed Myanmar and China’s growing economic ties, particularly in the China-Myanmar Economic Corridor (CMEC), a vast initiative that stands to entrench China as Myanmar’s premiere foreign investment partner. The NLD government has shown strong support for its Chinese partnership and CMEC, culminating in an historic state visit by Xi Jinping himself at the start of 2020. This support can be interpreted as a tacit rejection of U.S. moves against China, accusing it of exploiting Myanmar’s resources and people.

Such a warm partnership was not necessarily without political risk. China’s involvement in the often-criticized jade industry, and notorious investments such as the Letpadaung Copper Mine and the Myitsone Dam have made many Myanmar voters somewhat suspicious of Chinese investments. Yet if the CMEC sowed the seeds of doubt in the NLD, it was not apparent in the November 8th election. With an even bigger victory than in 2015, the message from the people to the NLD is clear: Stay on course.

Thus, conditions for China to complete its largest planned investments in Myanmar — such as a new high speed railway between Mandalay and Muse, the Kyaukphyu Special Economic Zone in Rakhine State, and the New Yangon City project, could not be more favorable.