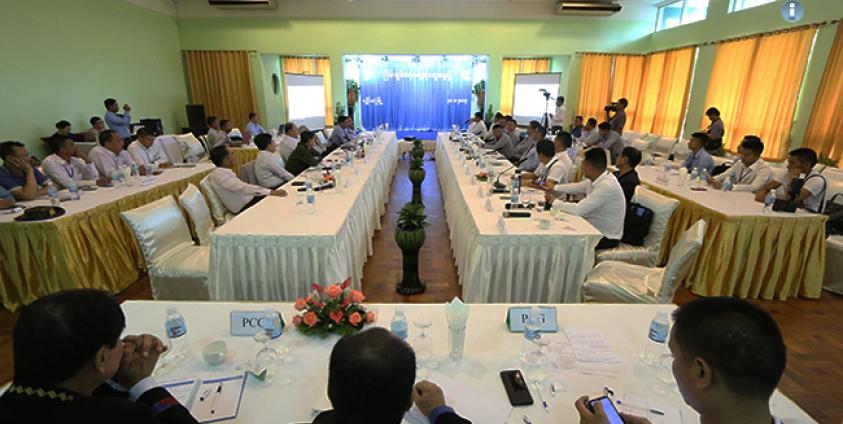 The Myanmar army (Tatmadaw) claims the Northern Alliance (NA) is not interested in signing the Nationwide Ceasefire Agreement (NCA) and is not likely to agree to the conditions like the other groups.

The recent surge in violence between the military and coalition of armed ethnic groups known as the Norther Alliance has disrupted border trade with China. It has sent the government scrambling for a peace deal. September 17th negotiations ended with no bilateral ceasefire, and the military’s unilateral ceasefire expired on Saturday, September 21st.

“Considering the [Northern Alliance] action, they don’t seem to be interested in signing the NCA [National Ceasefire Agreement],” Brigadier General Zaw Min Tun told The Irrawaddy. “The Tatmadaw no longer plans to declare [a truce] for the sake of ending clashes.”

The military-backed USDP party architected the NCA in 2015. It was a historic deal that foraged tentative peace with some of Myanmar’s most powerful armed groups throughout the country. But factions that compose the Northern Alliance have not signed the deal. These include the Arakan Army (AA), the Kachin Independence Army (KIA), the Myanmar National Democratic Alliance Army (MNDAA) and the Ta’ang National Liberation Army (TNLA).

The two parties have traded blows for most of this year. The violence climaxed in a series of coordinated attacks in Shan State. Although the military has dismissed the NCA as a road to peace in this specific case, both sides were optimistic after the September 17 talks. The NA has extended a unilateral truce until December. Nevertheless, chronic mistrust and allegations of truce violations from both sides continue to plague the peace process, TNLA Major Mai Aik Kyaw told The Irrawaddy.

“Clashes have occurred continuously in our area. Clashes never really stopped. Whether [the Tatmadaw] declares a truce or not, fighting will continue if they come and attack,” he said.