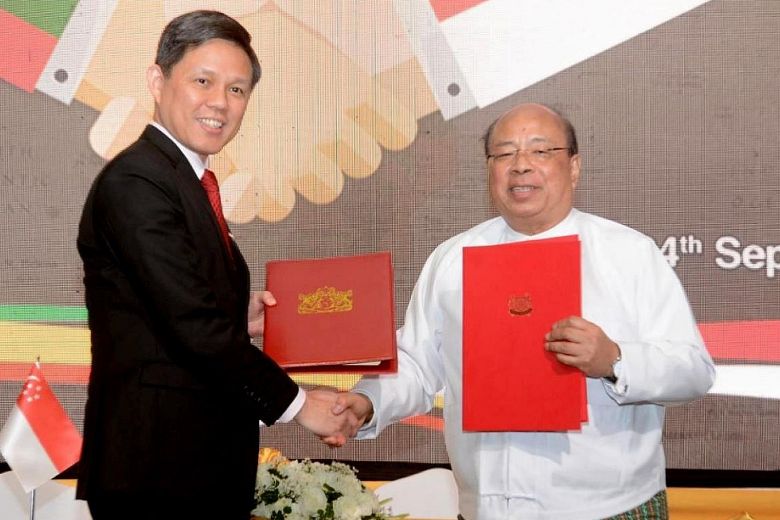 Myanmar and Singapore signed an official agreement for the promotion and protection of investments between the two countries. U Thaung Tun, head of the Ministry of Investment and Foreign Economic Relations (MIFER) and Singapore’s Minister for Trade and Industry Chan Chun Sing signed the treaty.

“[The agreement] offers a fair and level playing field for both countries, for Myanmar’s citizens and Singapore’s citizens,” MIFER Permanent Secretary U Aung Naing Oo told The Irrawaddy.

In the agreement, the two countries promised to keep to international rules and regulations when settling disputes. They also agreed to ensure reliable and consistent transfer of investments and assets between the two countries. Finally, Myanmar and Singaporean officials expressed a desire to cooperate on development of business, banking and finance, aviation and other industries.

Singapore is currently Myanmar’s largest foreign investor with more than USD 22 billion in projects. The value amounts to around 30 percent of all of Myanmar’s foreign investment, according to official data.

The recent agreement follows similar treaties signed with 12 other countries. These include Philippines, Vietnam, China, Laos, Kuwait, Thailand, India, Japan, Indonesia, United States of America, Republic of Korea, and Israel, the Myanmar Times reported. The report also added that Hong Kong may be next on the list.