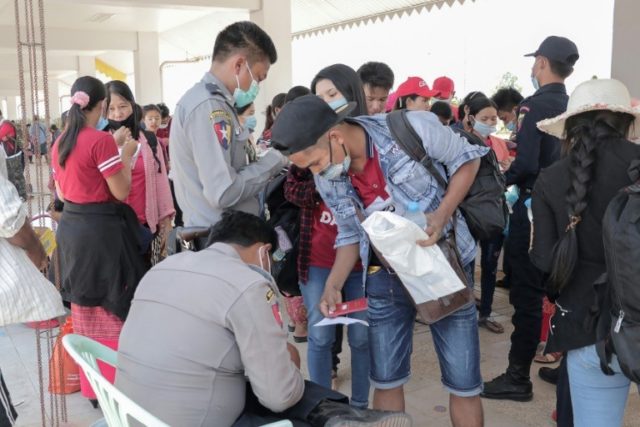 The first cases of COVD-19 have been confirmed in Kayin State and Tanintharyi Region, apparently brought back by returning migrant workers. Of the five confirmed cases in these areas, it seems two contracted the disease in Thailand and three in Malaysia.

The new cases seem to confirm the government’s fear that the virus may be carried back by returning migrants. In March, the government inadvertently caused a rush of returnees when it attempted to close several land border crossings. Since then, tens of thousands of migrants working in Thailand, Malaysia and China have returned home, and State Counsellor Daw Aung San Suu Kyi has said that the total number of returnees may reach 100,000. In the same speech, she urged returnees to make themselves known to local authorities, promising leniency if they had crossed the border illegally.

Meanwhile, the loss of Myanmar’s cheap migrant workers and the inability to conduct land trade with Myanmar is harming the economies of its immediate neighbors. The economies of many border towns depend on hundreds of thousands or even millions of legal and undocumented Myanmar migrants, many of which have lived away from home for generations. Recently, businesses on the Thai side of the Maw Daung pass, a border crossing in Tanintharyi Region, have petitioned their local government to re-open. Myanmar’s land traders, too, are suffering. Seafood merchants in particular have been unable to move their merchandise. Many small-scale fishermen have been forced to sell their boats, and merchants have been left with warehouses full of rotting fish.