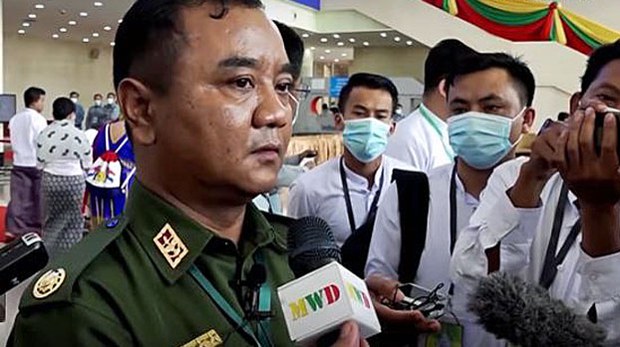 The Tatmadaw (Myanmar army) has acknowledged the possibility of a coup d’etat in light of election result disputes. After months of fraud allegations by opposition political parties, military spokesperson Major General Zaw Min Tun stressed the need for a swift resolution to the tension and said the military would take action if necessary. Speaking in a press conference, Zaw Min Tun did not specify what that action could be, but he at least left open the possibility of a military takeover. “We do not say the Tatmadaw will take power. Neither do we say it will not,” the Myanmar Times quoted him as saying.

The statement came after multiple — though mostly unfounded — allegations against the NLD of ballot rigging and other forms of election fraud. The most recent accusers include the Shan Nationalities Democratic Party and the Kayin People’s Party. The military-backed Union Solidarity and Development Party has disputed the results since election day. Although there is little evidence that widespread misconduct played a role in the NLD’s decisive victory, a lack of polling in conflict-affected areas and the COVID-19 pandemic could add weight to claims that the election was not legitimate.

For now, the possibility of an actual coup remains remote. More likely, the major general’s statement was merely an assertion of the Tatmadaw’s authority. However, even that could have economic consequences. The specter of a coup has loomed over every election in Myanmar’s democratic era, each time inspiring caution among foreign investors. Furthermore, disputed elections have been the justification for nearly all of the coups in Myanmar’s history. While the major general insisted that the Tatmadaw would adhere to the constitution, the 2008 constitution gives the army vague and wide-reaching powers to protect the security of the country.