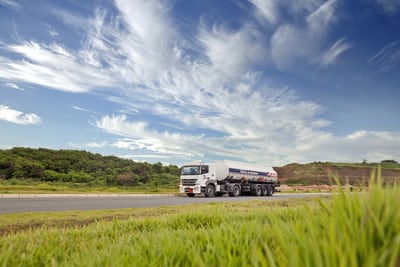 As the political situation hangs in uncertainty, so does the flow of goods. The Ministry of Commerce released data on external trade from start of current fiscal year (October 1st, 2020) until January 22nd, 2021 and both import and exports have plummeted.

Exports are down by over USD 1 billion, standing at USD 4.73 million versus 5.74 last year at the same period; while imports have undergone an even steeper dive, from USD 6.44 billion last year to USD 4.97 billion, a drop of close to USD 1.5 billion.

Trade won’t be recovering soon as this week mass protests stalled freight traffic. On February 5th, the Myanmar Container Trucks Association announced an indefinite freeze on shipping via container trucks except for essential goods, such as medical supplies. Association vice-chairperson U Soe Nang said the organization feared destruction and vandalism of trucks, but he also said the halt was an act of support for protestors. Although many goods move around the country via smaller, independent vehicles, the freeze will affect high volume, long-distance freight.

Meanwhile, traders in Muse interviewed by the Myanmar Times this week reported stalled imports from China with customs workers leaving work to protest. At least 100 incoming freight trucks were blocked at the border as of February 16th. Although exports agents are also striking, exports to China seem to be flowing as usual, the Myanmar Times reported.

The Customs Department has also extended a tax exemption on exported goods until the end of February. The exemption was one of the first measures implemented under the COVID-19 Economic Recovery Plan, but it may serve the dual purpose of supporting trade amid protests and political uncertainty.